What is New York Pizza Festival? New York Pizza Festival was an initiative taken by the local council to promote their traditional cuisine among the locals and tourists alike. It is a daylong celebration where there are various variations of pizzas are being served to the visitors to give them an insight into the rich tradition of New York in pizza making. Here you can also take part in the voting process to decide which city indeed makes the best pizza among the two primary contenders –New York and Chicago.

Extending from pepperoni to extra cheese there is pizza of all sorts to try out here, that satisfies the taste buds of all ranges.

The New York Pizza Festival of 2017 was being held at Brooklyn on Sept 9.

People were furious when they attended the festival due to the over-priced tickets and also the lower standards of the pizza being served.

People who had attended the festival were being served with tiny portions of the cold pie and not even enough food to justify the price of the tickets they had purchased. Many of them have also complained they have been tricked of the time they had spent to get there.

One of the visitors had bought the VIP ticket for the event for his closed one-expecting to offer her a good treat on her birthday but it turned out otherwise and clearly objectifies it as a scam.

The organizer who had been given the responsibility to promote the event even promise the consumers of several popular burger joints that would be showing up at the event but none turned up in the festival.

Later during the day, the ticket counters were being filled up the angry customers who came for the festival demanding a refund for their tickets purchased which followed up with a Facebook page dedicated to those who felt betrayed turning up at the event.

The organizers were out of contact for further comments on the event after its failure instead have sent an automatic apology email was sent from them to all the customers which read as follows:

“Untimely delivery of food delayed the fun experiences we all looked forward to this past weekend. A make-up tasting will be announced shortly. Thanks for your patience. Team Pizza Fest!”

The New York Attorney General office said they would arrange an inquiry into the NYC Pizza Festival. 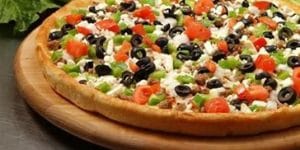 The organizers are indeed looking forward to giving the customers a good experience in the NYC Pizza Fest 2018 but the customers had mixed opinions on whether they would be returning to the festival again while some confused and the others completely disagreeing to attend it again. As for the one in 2017 they had wanted to organize a make-up tasting but the attendees have instead demanded to be given their refunds.

This indeed gives a good lesson that instead of looking out for festivals to try out your favorite food with your hard-earned money it would indeed be better to go to a good pizza shop and have a good value for money.